The National Electricity Market Grid – As Renewables Sweep In

Crystal balls are not needed but a grid-wide, high speed information system is –and is essential to developing new control schemes for grid stability.

There are no answers for first swing and small signal stabilities, inter-area power oscillation, effects of limited short circuit capacities of inverters, self-sufficiency limits of islanded networks and new criteria for under-frequency load shedding—as we transition to X % of asynchronous, green sources. Meanwhile the ultimate size of X—attracting much furious and often uninformed debate—can be left until real-time based, dynamic models of the national grid have been developed. Without this data, the new technologies for a ‘green’ energy future will not provide the necessary resilience and stability!

Apologies to the late Donald Rumsfeld, and his unique way of referring to unthinkable circumstances as ‘unknown unknowns’. His quirky expression is appropriate as more renewables connect to the NEM and cause unpredictable grid responses. Some are foreseeable—even if there are surprises like those in South Australia on 28 September, 2016. Although the storms that tipped over transmission towers exceeded weather forecast-based expectations, the inability of wind generators to ride through grid faults—and their contribution to ‘system black’— was foreseeable. There are, however, unknown unknowns aplenty. A brief glance at the Australian Energy market Operator’s (AEMO) Engineering Roadmap issued on 8 December, 2021 lists well over three-hundred question marks. They include voltage, voltage angle and frequency stability as well as power and voltage oscillation as the penetration of renewables follows a step change.

Letting go of synchronous generation will be challenging

Kerry Schott, the erstwhile chair of the Energy Security Board, warned the Federal Government that a capacity marketing scheme for synchronous generation should be developed as without this there would be even more incentive to close down ageing plant. The ESB realised that without a reliable, synchronous base, we would be in ‘unknown unknowns’ territory. There are small grids with a very high penetration of IBR, for instance, Hawaii, the Gran Canarias—and King Island but there are no large, interconnected grid examples to dispel stability maintenance and protection concerns.

Grid stability is basically provided by the remaining fleet of synchronous generators. The renewable sources, with the exception of hydro-generation, are asynchronous, wind and solar inverter-based resources (IBR) relying on stable voltage and frequency. They also require a stable voltage angle at their points of connection so that their phase locked loops (PLL) do not get ‘confused’. IBR do contribute to voltage amplitude oscillation at their points of connection (PoC) and can exacerbate power oscillation.

The NEM grid, a composite of State grids, now connected to each other via interconnecting transmission lines, is less a designed grid than one put together on commercially-based principles. Born in 1998, with few interconnections and only synchronous sources, stability of the grid as an entity was of little concern. Of more concern, if not in early days, was the gradual broadening of frequency spread caused by the elimination of tie lines between generators. Tie lines allowed certain generators to be the ‘first responders’ to frequency change due to load variation, with tie lines connecting them to other generators that could continue to operate under constant settings. Biased tie lines, by means of measured tie line power flow, could alter (bias) governor settings of tied generators.

Commercial requirements necessitating independent scheduling of generators in the NEM saw tie lines disconnected, with generators scheduled on 5-minute intervals to deliver power, and with automatic generator-dispatch control (AGC) taking over from very fast acting governor control. This resulted in frequency limits widening and made it necessary to invoke frequency support, initially via frequency control ancillary services (FCAS) and more recently through fast frequency response (FFR). FCAS and FFR are market mechanisms and an outcome of commercial rather than technical dictates. If anything, these commercial mechanisms for frequency stabilisation have accentuated the need for more rather than less inertia in the grid. Yet, inertia is disappearing as synchronous plant continues to shut down. 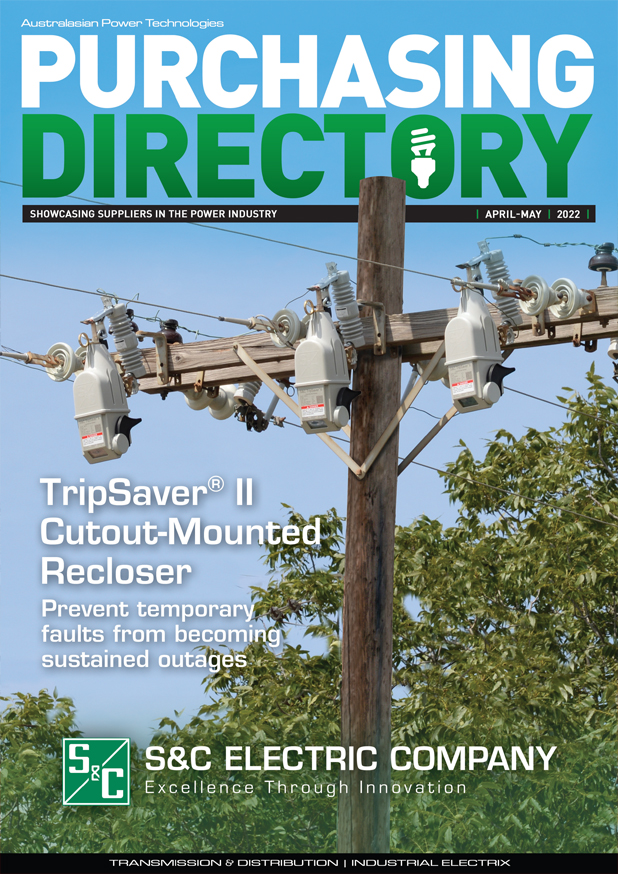 The 2022 Annual Purchasing Directory – Suppliers & Products at your fingertips.

Feeling the Pressure to Minimise Operational Risk while Maximising Productivity?

Can Common PD Emissions be Detected at Multiple Frequencies?

Safety is a Choice We Make

Energy and Data Combined in Hybrid Cable for Motors

Switchgear Moves Into The Digital World

Switchgear Moves Into The Digital World